June 05, 2021
President Trump is speaking in North Carolina as I write this post. I popped onto the live stream - there are flags on the podium with gold fringing and the date 1776. It's great to see him on a podium again.
Yesterday President Trump made a short video speech where he said he would be back in the White House 'soon'.
https://twitter.com/Littleb29872980/status/1401347213146701825
Florida Governor Ron DeSantis continues to be a stand-out hero in this Alliance war against the [D]eep [S]tate. He doesn't muck around - he passed a law that would fine cruise ship companies $5000 for EVERY customer they ask for proof of vaccination. Not surprisingly, the cruise ship companies have reversed their decision. Love it.
Anonymous Patriot on Gab...
https://gab.com/anonpatriotq
And that’s how it’s done. 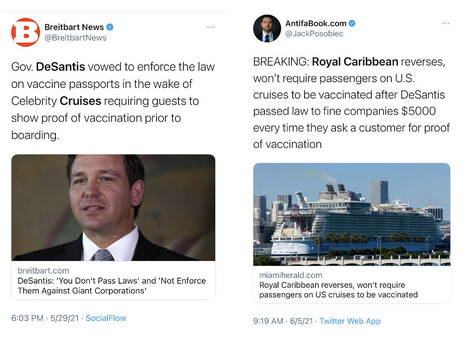 A professional cell phone engineer in Canada has made an important discovery - there is no 5G chip in the 5G smart phones. He concludes that the 5G smart phone is a 'monumental fraud'. So what's with all those ominous 5G towers then...? We have reports that those towers have been appropriated by the Alliance. Let's hope it is true.
https://principia-scientific.com/engineer-opens-new-5g-cell-phone-to-reveal-disturbing-reality/
During his North Carolina speech, President Trump mentioned the 77th anniversary of the Allied Normandy landing on 'D' Day, 6th June.
Cowboyw2b on Gab with a connection to a Cue drop from Cue Plus/President Trump!
https://anonup.com/@Cowboyw2b
Tomorrow will be the 77th anniversary of D-Day. Seems odd that the 101st Airborne tweet used the present tense ‘watch,’ rather than ‘watched.’ 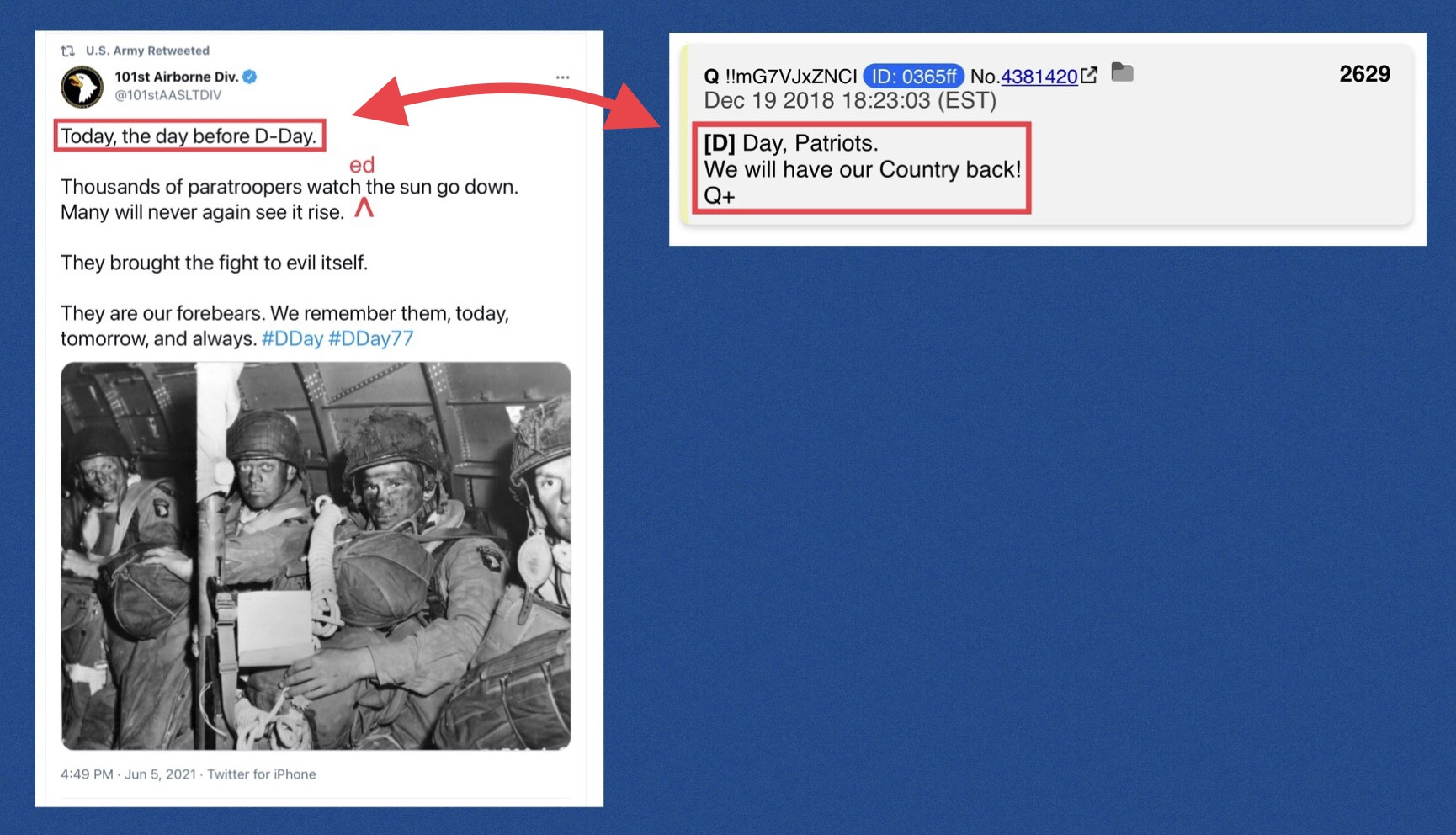 Check out this video from Italy of people 'dancing' at a concert while dancing is still forbidden. It's unbelievable to think that the world has got to this level of madness - but good on them.
https://twitter.com/dandelions2021/status/1401020606464757761
Finally, I am interested to hear how blog readers are faring when it comes to Ascension symptoms. I currently have three - two of which are reoccurring, and one that is brand new. I am experiencing a lot of dizziness and tiredness. These two 'symptoms' have come in waves in recent years - I can go weeks without experiencing either of them. The third and new 'symptom' is hunger. I have low blood sugar so eat regularly and never actually get hungry. Suddenly I am hungry! It's fascinating to observe how the physical body is handling the rapidly rising vibration on the Earth plane.
Look for the second post today - it will be entirely devoted to excerpts from President Trump's brilliant speech.
Thank you for reading this post. You are welcome to share it as long as you re-post it in its entirety, including the link to my blog site.
Where We Go One We Go All.
Love and Light