August 05, 2022
Nancy [P]elosi is wrinkled-neck deep in treasonous [D]eep [S]tate activities, including insider trading.
https://gab.com/BeachMilk/posts/108769703249922246
Tucker Carlson must be mightily protected by the Alliance - he produced this twelve-minute damning Fox News segment on [D]eep [S]tate head honcho George [S]oros. Please know that [S]oros, [G]ates, the [R]othschilds and [R]ockerfellers are [d]emonic non-humans with one sole agenda: to eliminate 90% of humanity and enslave the rest. DS government leaders and celebrities are their puppets.
https://rumble.com/v1eu047-tucker-carlson.-this-is-disgusting.html
I am really looking forward to the day when I don't have to put every second word into parenthesis to avoid censorship. Sigh.
Speaking of censorship, check out this amazing little video of the 'good old days' (20 years ago) when people could express strong opinions freely to their 'leaders' and not be immediately shut down. A vocal studio audience decimated US Secretary of State Madeleine Albright over USA's aggressive overseas policy. I miss the 'good old days'.
https://gab.com/BeachMilk/posts/108769233740916434
Remember, front-line workers such as ambulance staff and funeral directors know the TRUTH about the sky-rocketing sudden deaths among previously healthy young people.
We are called Light Warriors for a reason - we are fighting a war. We cannot sugar-coat the harsh reality of what is taking place right now on the Earth plane. However, remember that it is the end of the war, and the Light has already WON on the continuum outside of time and space.
Dan Scavino telegraphed the triumphant return of President Trump (publicly). Very cool.
https://anonup.com/@Cowboyw2b

Scavino posted a door with ‘45’ on it at 47 minutes after midnight.
Back in January, “Trump confidently declared himself the “45th and 47th” US president.”Looking forward to the U.S. President walking through that door.h/t@QTip75 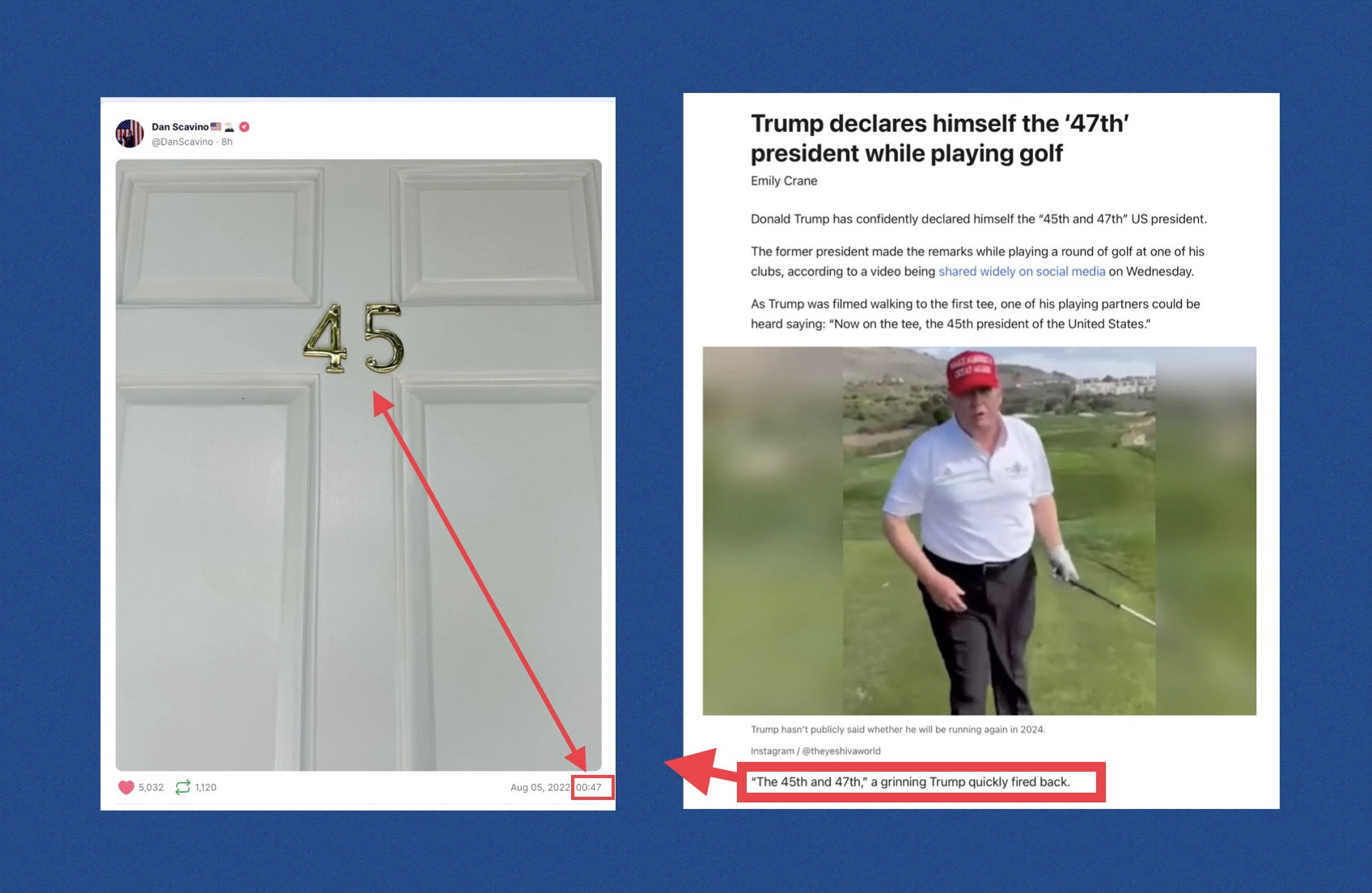 This Dolores Cannon video has interesting information about ETs, star ships and the New Earth.
Watch at 27' for information about the New Earth...She talks about star ships 'blinking in and out' of dimensions at 37' (I have seen this happen countless times over the years)...and there is great information about the New Earth at 44'. Dolores gives the impression in this video that there are only benevolent ET's - her thousands of regression clients communicated with evolved entities. We know there are dark forces in the Universe. We know it because we Light Warriors are involved in an Alliance operation (on and off planet) to liberate humanity from their clutches.
https://www.youtube.com/watch?v=Yw8jQXPzYF0
Finally, I just love this little video. Look at the patience (and adoring love) of that dog. SO cute. We Light Warriors could learn a lot from this dog.
https://gab.com/BeachMilk/posts/108769063953463955
It is raining here, yet again. I visit my lovely friend Rhonnie on Saturdays and play word games. Every Saturday for the last two months, except for one, it has rained when I go to her place. This is not normal. A normal winter in my region is crispy frost mornings, sunshine and blue skies, day after day after day.
The weather is weaponized, children are being targeted with gender confusion and jabs, people are wearing masks while they drive alone in their cars, governments are paying farmers to destroy crops. It is madness. You are right. But - IT WILL END. Believe it. Because we Light Warriors are fighting on the front line with the Light on our side.
WE'VE GOT THIS.
Where We Go One We Go All.
Love and Light
Sierra