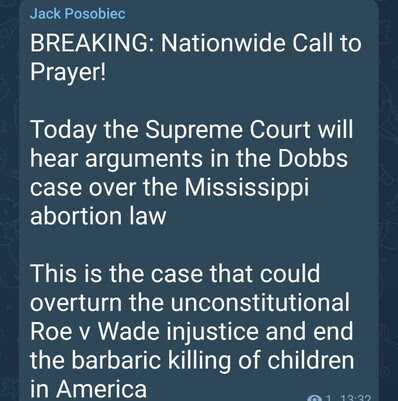 HUGE news. A federal judge in Louisiana has blocked [B]iden's jab mandate for healthcare workers. Judge Doughty issued a NATIONWIDE preliminary injunction against the jab mandate for health care workers. He argued in his ruling that the [B]iden administration 'does not have the constitutional authority to go around Congress'. BOOM. https://halturnerradioshow.com/index.php/en/news-page/news-nation/federal-judge-blcks-biden-vaccine-mandate-nationwide Meanwhile, the abortion law is currently being fought in the Mississippi Supreme Court.  A reminder of where our President stands on this issue. This is a chilling video about the evil effects of the jab. The whistle-blower doctor was murdered just 24 hours after releasing the video. https://gab.com/BeachMilk/posts/107374329533393387 The head nurse at a Slovenia University Medical Centre resigned, then gave the shocking truth about the jab to media. There are three versions of the 'vaccine' being injected into humanity. h
Post a Comment
Read more 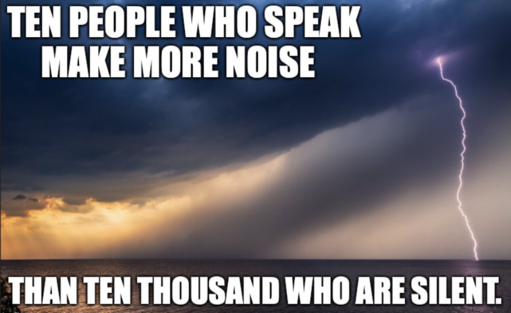 Three top CEO's resigned the SAME DAY that Ghislaine [M]axwell's trial started. Guilty, much. https://twitter.com/Hellohowru12345/status/1465587601843408900?t=C2vaqfUDgp1Io08ARWF9fA&s=09 The NYC Chief Medical Examiner who ruled [E]pstein died of suicide also resigned that day. SO much guilt. https://gab.com/MajorPatriot/posts/107367523992435150 The [D]eep [S]tate will desperately try to link President Trump to the [M]axwell trial. No dice. In 2015 he talked about [E]pstein Island being a 'cess-pool' and 'a lot of bad things happen there'. He said that Bill [C]linton and Prince Andrew visited regularly. Would he say such things if he was guilty himself? Of course not. He has made it crystal clear that ending human/sex trafficking is a top priority for his administration. Short video of President Trump talking about [E]pstein Island, [C]linton and Prince Andrew. https://gab.com/OutlawJW/posts/107367985848975480 Donald Trump was the ONLY person to help a Florid
15 comments
Read more

Bombshell news: Jack Dorsey is stepping down as the CEO of Twitter effective immediately. BOOM. The path is now clear for President Trump's return. Alliance in FULL control. https://www.theepochtimes.com/mkt_breakingnews/twitter-founder-jack-dorsey-steps-down-as-ceo-effective-immediately_4128818.html A profound music video about President Trump's mission to end human trafficking. We Light Warriors are bringing down [s]atanic Hollywood and the [D]eep [S]tate. Please pass on the link - for the children. https://gab.com/QAnon211/posts/107362436056572509 I SO want to move to Florida. Governor Ron DeSantis is a powerful Light Warrior whose legacy will be remembered (short video). https://gab.com/PepeLivesMatter17/posts/107362739799336686 In Florida, we will not let them lock you down. We will not let them take your jobs. We will not let them harm your businesses. We will not let them close your schools. The definition of insanity is doing the same thing over and over and expecting a
8 comments
Read more
More posts