March 06, 2022
You will never see this on mainstream media - the TRUTH about the reason for his Ukraine military operation from President Putin himself.
https://gab.com/QAnon211/posts/107910966801947222
'...I've decided to conduct a special military operation. Its goal is to protect people who have been subjected to bullying and genocide by the Kiev regime for eight years. And for this we will strive for the demilitarization and denazification of Ukraine. We will also bring to justice those who committed numerous horrific war crimes against civilians, including citizens of the Russian Federation. At the same time, our plans do not include the occupation of Ukraine territories...' (President Putin)
A Q drop refers to the NWO as being [N]azi World Order. The Nazis were not destroyed during WW2. They resurfaced in USA under the guise of Operation Paperclip (do some research) and in their secret base in Antarctica. Putin KNOWS. 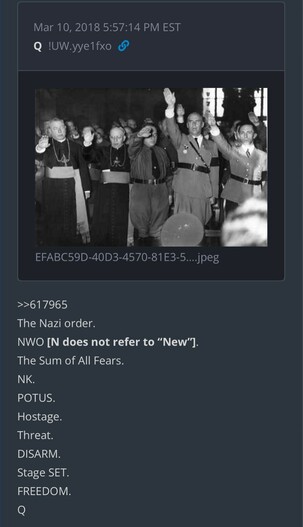 A great summary from Pepe Lives Matter of the Trump/Putin connection regarding Ukraine.
https://gab.com/PepeLivesMatter17
It's becoming clear in hindsight that Trump HAD to be hidden from plain view while Putin took down the deep state cesspool that is Ukraine. No one would have accepted Trump allowing this but they instinctively understand that Biden is an impotent sock puppet...which provides distinct opportunities.Timing is everything.Putin is able to rescue Ukraine from nazis and while the media can try...they will be unsuccessful at blaming this on muh orange man bad.The plan is brilliant.This is chess at a global level that boggles the mind.And guess what?Nothing can stop what is coming.God is putting on a show for those with eyes to see and ears to hear and anons have front row seats.
Russia has sent over 100 tons of food to Ukrainians affected by the fighting. Mainstream media has BANNED this RT news story about the humanitarian donation.
https://gab.com/QAnon211/posts/107908854425398996
In September 2021, [B]iden signed over 60 million dollars to Ukraine to fight the Russians in Donbass. As the Anon says, 'Any questions...?'
https://gab.com/QAnon211/posts/107910914030811669
The Russian Ministry of Defense has PROOF that samples of deadly bioweapons such as cholera and plague were destroyed in Ukraine biological labs.
https://gab.com/QAnon211/posts/107910929243700044
Check out this video (4 minutes) - Pfizer published a long list of serious adverse side effects that had ALREADY been experienced by people as far back as February 2021. They even listed that you could get [C]OVID 19 virus as a side effect of the vaccine (2' 50" in video). WAKE UP, PEOPLE...!
https://gab.com/QAnon211/posts/107909181694213862
Fortunately the truth about the jab IS coming out in the MSM. A trickle will quickly become a tsunami.
https://gab.com/BeachMilk/posts/107906732214747989
Nothing Can Stop What Is Coming. No wonder [F]auci can't be found - I doubt that we will ever see him in public again. 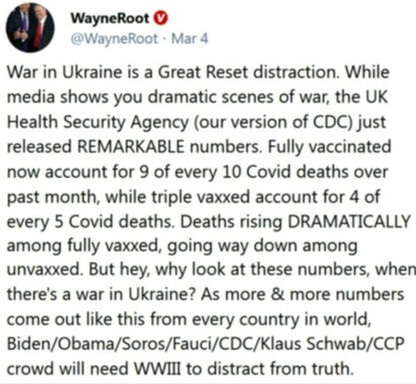 Finally, a meme that we Light Warriors know to be true - it is happening now in real time. 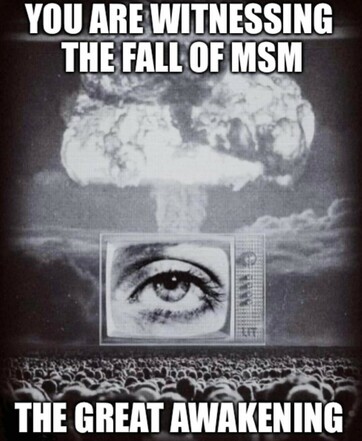 A surprising number of freedom fighters don't know the truth about Putin's military operation in Ukraine. If you hear anyone speaking fear-porn about the 'Russian war' please take the time to set them straight. Otherwise we are supporting the evil MSM.
Keep up the good work, Light Warriors. The tension feels unbearable at times - I am feeling it, and I am sure you are too. But remember you are NOT alone. We are in this together. Support each other.
WE'VE GOT THIS.
Thank you for reading this post. You are welcome to share it as long as you re-post it in its entirety, including the link to my blog site.
Where We Go One We Go All.
Love and Light
Sierra