At 2.30am this morning a 7.1 magnitude earthquake struck off the north east coast of New Zealand. It was followed by an 8 magnitude quake further out to sea.

The first earthquake woke me up, along with my younger daughter who lives 40 minutes away. It was a frightening experience for my older daughter and her partner who live in Whakatane, close to the epicenter. They are currently evacuated from their home and work place due to tsunami threat.
https://www.nzherald.co.nz/nz/earthquake-swarm-north-island-tsunami-warning-after-magnitude-8-shake/OOON3VQ4G75ENH7VASABKYUTBM/
New Zealanders experience a lot of earthquakes. I wish I could say that we get used to them - but you never get used to earthquakes. There is always the concern that a much bigger one is about to strike.
Please know that all my NZ family and friends are currently safe and well.
In other news...
As a Kiwi, I had never heard of popular USA TV host Wendy Williams. After this video, she is my HERO. Watch her vehemently refusing to ever take the vaccine while being pressured by Dr OZ during an interview on his show. And check out his totally fake vaccination. [D]eep [S]tate, much.
https://www.youtube.com/watch?v=xuGc1iz1So4
Here is another brave woman Patriot. Anons are calling for Marjorie Taylor Greene to be made President Trump's Vice President - this image could be her testimonial for the job.
Cowboyw2b... 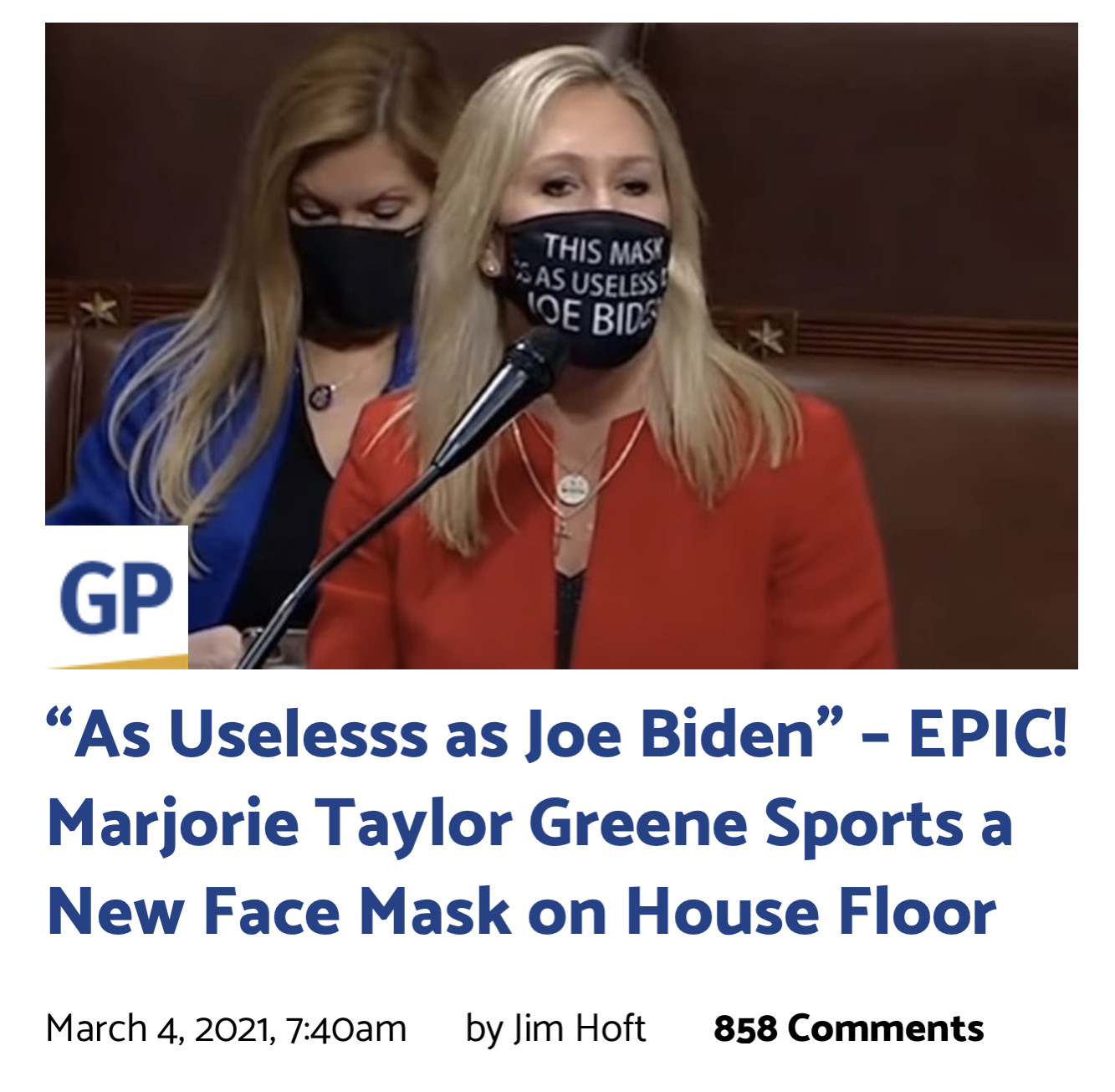 There is no flag flying at the White House at present. Hmmm. Interesting. Watch out for the lights to come back on inside the building.
Finally, even the [D]eep [S]tate mainstream media is being forced to report on [B]iden's inability to function as a 'president'. Check out this Newsweek article that CRITICIZES [B]iden for failing to take questions during the latest White House presser. The White House cut a live feed where [B]iden said he would take questions. Wow.
https://www.newsweek.com/joe-biden-white-house-feed-press-conference-cuts-out-million-times-1573688
'Biden has been criticised for not holding a formal press conference since he took office on January 20th, more than six weeks ago.' (Newsweek).
Many other [D]eep [S]tate global media outlets reported on the White House live feed being cut before [B]iden could answer questions.
The DS house of cards is falling down - and POTUS hasn't even played his Trump card yet.
The Alliance is in FULL control, World Patriots.
Where We Go One We Go All.
Love and Light
Sierra