Catastrophic flooding in China has destroyed two dams, with a third about to fail. The Chinese military state that the Yihetan dam near Luoyang - a city of seven million people - could collapse at any time. Watch the water.
https://www.channelnewsasia.com/news/asia/chinese-army-warns-dam-battered-by-storms-could-collapse-15257186
Black market fake vaccine passports in France - the similarities to Nazi Germany cannot be ignored.
https://summit.news/2021/07/20/paris-clinics-offering-fake-covid-passes-for-250-as-black-market-surges/
This is an example of pure evil. The American Academy of Pediatrics is forcing children over two years to wear masks at schools and nurseries - even if they are vaccinated. Fight back to protect these innocent babes.
https://summit.news/2021/07/20/child-doctors-group-demands-all-kids-over-2-wear-masks-at-school/
Senator Rand Paul destroyed [F]auci in this hearing. The [F]auci double looks nothing like the original who had blue eyes, a wide nose and a round wrinkled smirky face.
https://www.youtube.com/watch?v=KWUmCMs7k7Q
Check out this cool meme on Relentless Truth Gab for the original [F]auci. Love the meme - and Rand Paul.
https://gab.com/Lebronsonroids 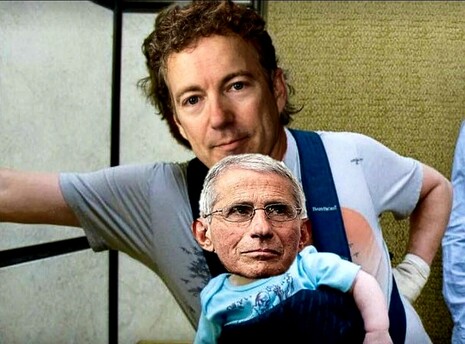 FEMA will conduct a nationwide test of the Emergency Alert System on August 11th - just two days before the widely-rumored inauguration of President Trump on 13th August. Interesting.
QAnon76 on Gab with a great little summary of the big picture. Farewell, [D]eep [S]tate.
https://gab.com/QAnon211
We are in the middle of another paradigm shift.

* US Election Audits are about to blow open #TrumpWon

Stocks, Cryptos, Metals all dropping.(They)are losing control.
Here is a video I mentioned in a recent post. An Aussie comedian - watch from 40 seconds. Priceless.
https://www.youtube.com/watch?v=gBAxNiEZ_X4
Sage advice from Pepe Lives Matter on Gab.
https://gab.com/PepeLivesMatter17
I've found that the best way to walk through a difficult season is to do it one day at a time and just one step at a time. No need to overthink it. Just keep going.No season lasts forever.A light at the end of the tunnel will come.
Finally, I love this meme from Colleen, Sheldon Nidle's partner. Thanks Colleen...!
It is raining here again. Anons are discussing the similarities to Noahs Ark with the current widespread global flooding. Notice how the DS talking heads lamely blame everything on 'global warming'. Each day the madness continues, more people are questioning the DS narrative. Protests will grow, spreading from country to country. We the People have had ENOUGH.
Thank you for reading this post. You are welcome to share it as long as you re-post it in its entirety, including the link to my blog site.
Where We Go One We Go All.
Love and Light