September 24, 2021
The audit results are out and they clearly prove that the election was stolen from President Trump. The big questions now are - What happens next...?' 'And when...??'
Firstly, here is President Trump's statement about the audit...
CNN, New York Times, Washington Post, and other Lamestream Media are feeding large-scale misinformation to the public about the Arizona Audit. The Audit was a big win for democracy and a big win for us. Shows how corrupt the Election was. Arizona State Senate hearing going on now and the information about what took place is terrible—a bigger Scam even than anticipated! (President Trump)
Secondly, here is a graphic that proves President Trump's win, based on the audit results.
https://gab.com/QAnon211 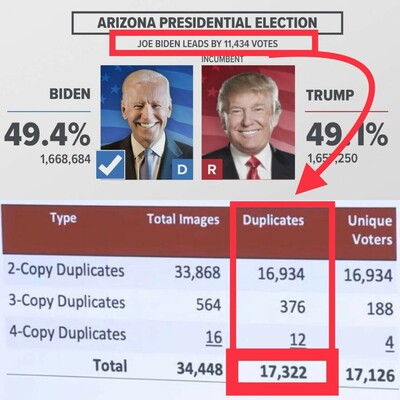 Political journalist Brian Cates summarizes the audit result...
That audit report did exactly what it was supposed to do: show enough forensic evidence of massive violations of AZ state election laws as well as thousands of cases of vote fraud, in order to trigger a full investigation of Maricopa County by the State Attorney General.
Wendy Rogers posted a letter from 41 legislators requesting an ALL states election audit.
https://gab.com/wendyrogersaz/posts/106989474912869362
So in answer to the question of 'What happens next...?' The Arizona election gets de-certified...all other states quickly do their audits and are also de-certified...criminal investigations and mass arrests.
That leaves the second question of 'When..?' We Light Warriors would like to see it done yesterday. Exhaustion does not begin to describe our current state. And it could be that we might get blessed with our wish.
Here are some important dates coming up...
Oct 2nd   -   President Trump said to pray for 21 days. That time period ends October 2nd.
Oct 28th  -   Four year anniversary of the first Q drop.
Nov 3rd   -   Anniversary of 2020 election, and possibly Hillary Clinton's arrest.
Cowboyw2b has a Cue link between President Trump and Red October. Watch this space...
https://anonup.com/@Cowboyw2b

Coincidence…The Naval Institute tweeted a reference to Sean Connery last night at 11:07.11.7 = Anniversary of Red OctoberQ drop, with a 1 year delta TODAY, includes a picture of Trump in place of Sean Connery on a Hunt for Red October movie poster.“NOW WHAT ARE THE ODDS OF THAT?” 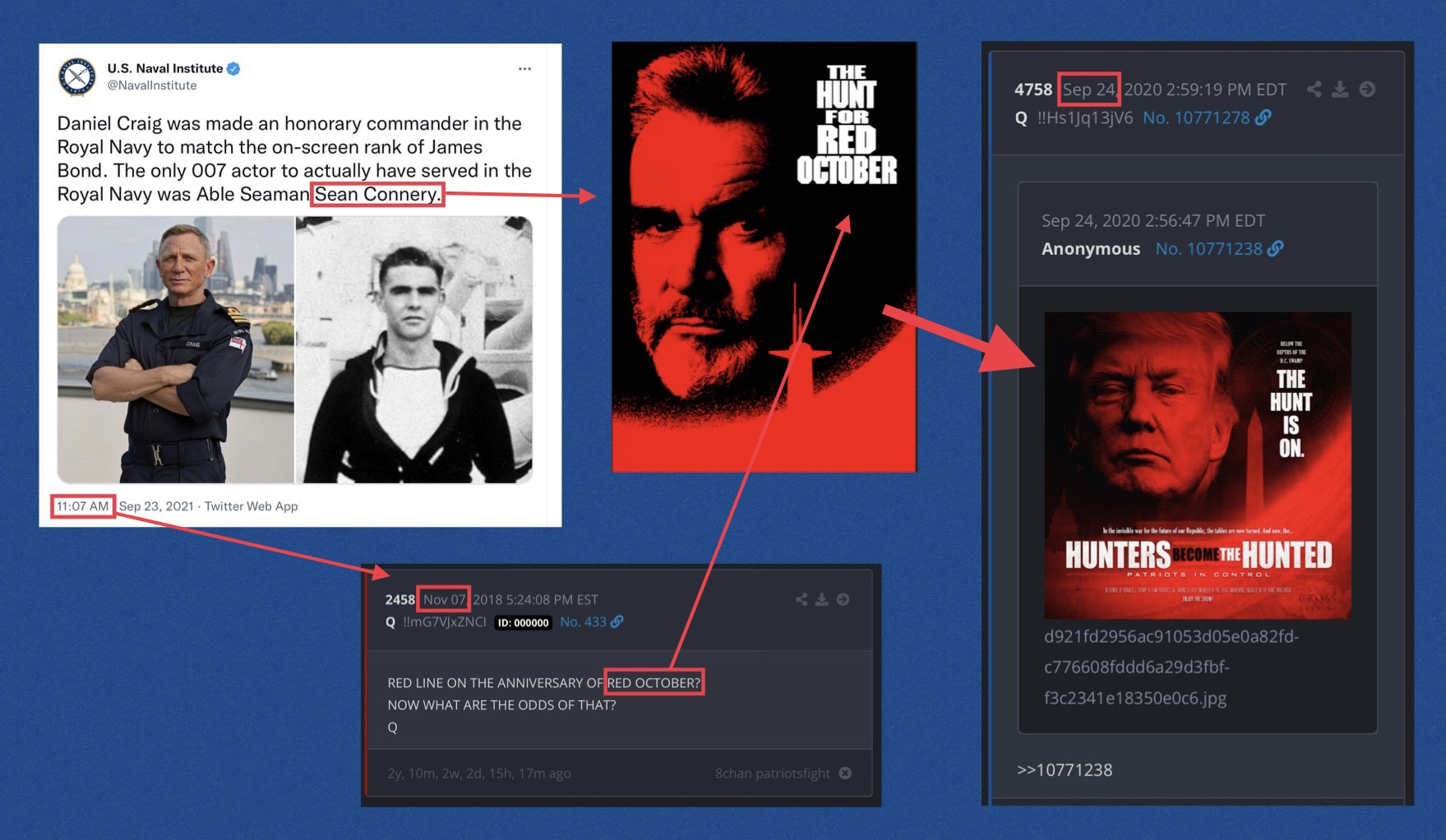 I saw this headline in a [D]eep [S]tate NZ newspaper yesterday - about paracetamol causing infertility. Women have been taking paracetamol for decades. Why suddenly now..?? WE know why. Pure evil.
https://gab.com/BeachMilk/posts/106986414933942402
Finally, a stirring message from an American to his Aussie brothers and sisters. UNITY.
https://gab.com/BeachMilk/posts/106989477435383615
Please continue to hold the line, World Patriots. This is the gnarly part of the Alliance plan. We know there are rainbows and unicorns on the way for humanity - but before then we have to negotiate some pretty wild rapids in our little Light kayaks. Look out for your fellow kayakers. Send virtual hugs if you cannot hug them in person.
HOLD THE LINE. WE'VE GOT THIS.
Thank you for reading this post. You are welcome to share it as long as you re-post it in its entirety, including the link to my blog site.
Where We Go One We Go All.
Love and Light
Sierra