No Deals With [D]eep [S]tate

September 20, 2021
There is buzz going around that the [D]eep [S]tate players are making deals with the Alliance. I agree with Queen Romana - no deals. Cue always said there would be no deals.

Let's get something clear. No one has made any deals with the Deep State Cabal. Whomever is talking about deals is either a Cabal minion or is Cabal-Deep State Operative. #NoDeals (Queen Romana, Canada)

I have only watched the start of this hour long interview with Lin Wood. It promises to deliver some great truth bombs. The sound is a bit muffled at his end and he has a strong Southern accent but persevere. This man is IN THE KNOW.

The Document of God was widely circulated among the Truther community. It is under scrutiny because of the many errors in it, indicating a less than professional author. As I always state, please use your discernment. I post information on this blog for your interest. It is up to each of us to listen to our hearts and decide whether something resonates or not. Poor writing is always a red flag for me.

BP at Starship Earth discussed in her latest newsletter how some Light Warriors are losing heart and falling back. She urges us to fight on...'Nothing matter more than the truth - even when it hurts.' (BP Starship Earth). I agree. Light is information/truth. We Light Warriors came here to spread the Light/Truth to awaken humanity.

This message from Praying Medic is indeed ironic. 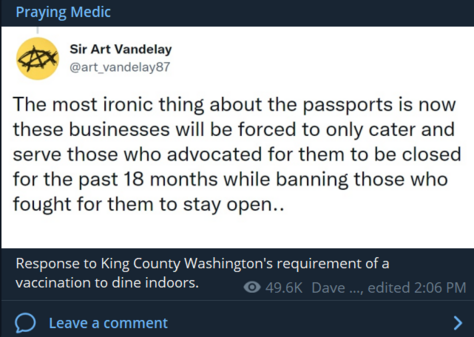 Archbishop Vigano has a new message condemning the Vatican and Catholic Church. He is heroic, and virtually a lone Light Warrior voice in the religious world.
https://gab.com/TheSharpEdge1/posts/106964021163223125

The Vatican shows its true colors. Pure evil. It is the vulnerable in society who rely on the (corrupt) church for hope and spiritual sustenance during desperate times.

https://gab.com/MajorPatriot
You can't get into heaven without a vaccine now... 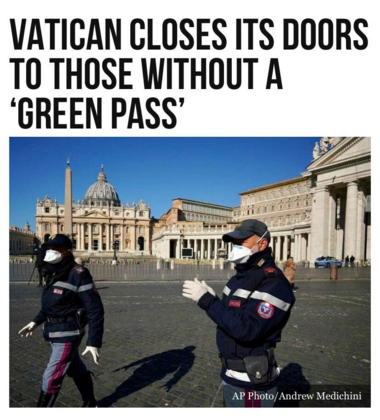 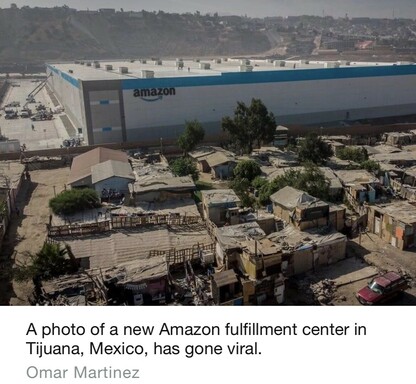 We Light Warriors know the extent of evil and corruption on this planet. Do the poor Italians who are now denied worship at the Vatican - or the poverty-stricken people who live in the shadow of the giant Mexican Amazon distribution center - understand WHY they are suffering? They do not. But WE do. We must fight on their behalf, my friends. Never give up. Never.
WE'VE GOT THIS.
Thank you for reading this post. You are welcome to share it as long as you re-post it in its entirety, including the link to my blog site.
Where We Go One We Go All.
Love and Light
Sierra