September 25, 2021
I watched President Trump's Georgia rally. So much good stuff, but this comment was pivotal and caused the crowd to roar their approval...
'There has never been a concession (conceding election defeat). You know that, right? I can't concede. I can't do it. I have a commitment to you. I can't do it.' (President Trump)
I agree with Pepe Lives Matter - love this moment in the rally speech where he talked about [B]iden.
https://gab.com/PepeLivesMatter17/posts/106995526740530608
President Trump had arranged for 13 empty seats in the front row to honor the soldiers lost during the fall of Kabul. He welcomed local military officer Hunter Clarke to the podium - Clarke pulled a baby over the wall in Kabul. It was an emotional moment.
President Trump on the Democrats...
'The Democrats want to silence me like they've silenced so many others. They want to shut my mouth. The people we are dealing with are evil and angry and they want to destroy our country. I have a mouth that tells the TRUTH, and that wants to save our country.'
President Trump on the media: 'They are among the most corrupt people in this country...They said the election was fine. It is not acceptable.' CNN ratings are down 81%. You can hear the death rattle all the way over here in New Zealand where CNN brain-washes our population in airport terminals.
Two videos out of Aussie. The first I was reluctant to share because it's heart-breaking- but the truth about the Australian Gestapo police force must be shown to the world. This tyranny must NEVER happen again.
https://gab.com/QAnon211/posts/106992667650627774
This video is unbelievable. I have had several flying lessons and this stunt breaks every rule in the book. But hey, it's Australian military - they don't care about rules.
https://gab.com/BeachMilk/posts/106991901679238037
A former New Zealand police officer has a message for police officers, especially in Aussie.
https://gab.com/BeachMilk/posts/106991804977187572
A meme that reminds us of the evil hypocrisy of the [s]atanists. DO NOT COMPLY.
https://gab.com/QAnon211 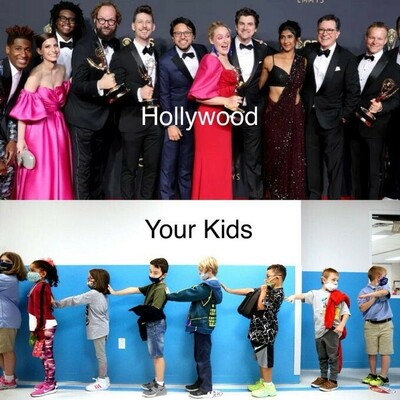 Finally, a beautiful meme that brought a tear to my eye. Light Warrior parents of young children, you are the best. We honor your determination to protect your children - and ALL children. 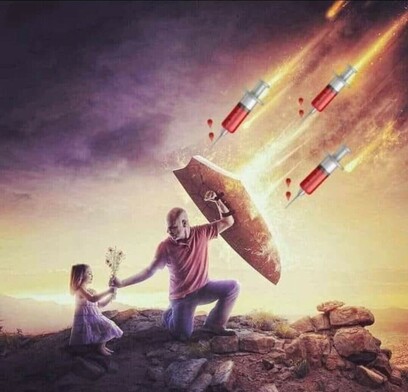 That meme depicts the mighty battle we are currently fighting. The [D]eep [S]tate is throwing everything at us in their futile attempt to win. THEY WILL NOT PREVAIL.
Hold the line, World Patriots. President Trump will never concede - and neither will we.
Thank you for reading this post. You are welcome to share it as long as you re-post it in its entirety, including the link to my blog site.
Where We Go One We Go All.
Love and Light
Sierra