October 26, 2021
This excellent post summarizes the sheer evil of [F]auci - one of the biggest serial killers this planet has ever known, along with Bill [G]ates. Nuremberg 2.0 awaits indeed. And remember only a FRACTION of the jab adverse reactions are reported. Many Truthers believe the true figure to be horrendous.
https://gab.com/OutlawJW/posts/107166874846413888
Emerald Robinson's post reinforces the message. Note the irony of the Twitter warning. 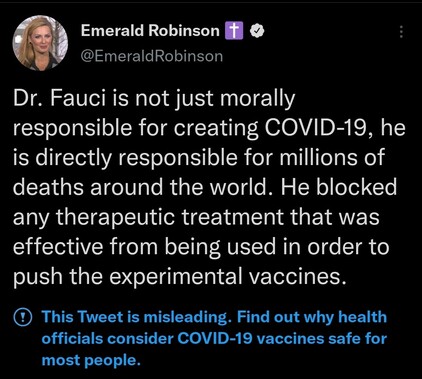 It could be [F]auci's link to puppy torture that will be his final downfall. Humanity is overwhelmingly against animal torture, no matter what side of the political spectrum you favor.
https://summit.news/2021/10/26/rogan-set-to-take-on-fauci-over-puppy-torture-sparking-new-clash-with-mainstream-media/
Florida Surgeon General Moody destroys the entire jab mandate narrative in this short video. Pass it on.
https://gab.com/PepeLivesMatter17/posts/107168564591178035
Q always said, 'You can't tell the people, you have to show them.' How about the death of a double-jabbed high-profile Aussie broadcaster..? There will be many more following in his footsteps.
https://gab.com/BeachMilk/posts/107167410665867342
Attorney General Durham and his large team started their [D]eep [S]tate investigation on the same day as the first Q drop: 28th October 2017. Wouldn't it be great if a big domino from his extensive investigation fell on 28th October this year?
https://gab.com/OutlawJW/posts/107169420089366894
Blog reader Stephen reports unusual military movements in Sydney yesterday...
Four times today, since late this afternoon, we’ve had army choppers flying VERY low over us.

This just happened again at 10pm and it is the fourth time.

Twice, earlier today, it has been two groups of three and twice two single choppers…

We are not anywhere near an army base.

I love this guy - a Marine hero.

Check out this graphic of container ships currently stuck at sea. Mind-blowing. Apparently as many as 200,000 ships are affected. President Trump signed an Executive Order banning ships from countries that interfered in USA elections from docking in America. Please use your discernment about authenticity of image.

An NBA sports star is speaking out BIG TIME against the DS. This is amazing. 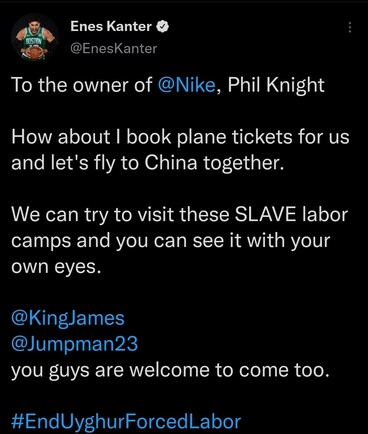 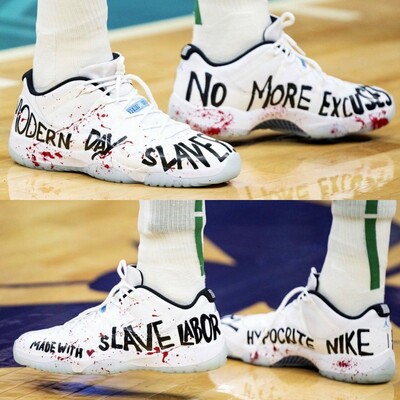 Finally, here is a meme that might have you scratching your head. Answer at the end of the post. 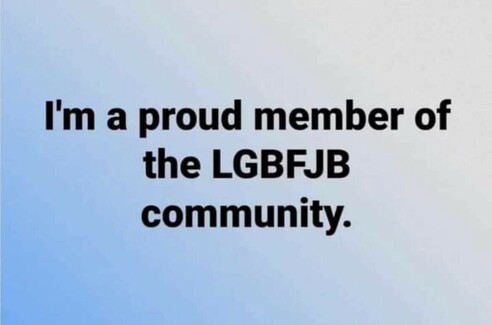 Light Warriors, how are you feeling today...? I believe that we are squarely in the eye of the storm and there is only one thing to do - pull up your big girl/boy pants, grit your teeth and face the barrage head-on. Oh, and make sure you have plenty of popcorn on hand because the end of this movie is going to be REALLY interesting!
WE'VE GOT THIS.
Thank you for reading this post. You are welcome to share it as long as you re-post it in its entirety, including the link to my blog site.
Where We Go One We Go All.
Love and Light
Sierra
(PS: Answer to meme...Let'sGoBrandonF***JoeBiden)