October 05, 2021
James O'Keefe at Project Veritas is my top Light Warrior hero. I so want to meet him.
He secretly recorded Pfizer scientist Nick Karl admitting that our natural antibodies are BETTER than their vaccine. Later O'Keefe confronted Karl about making that statement publicly instead of privately. This was the outcome...
https://twitter.com/EricSpracklen/status/1445416421543006211/
Cue always said 'These people are stupid.' Nick Karl goes to the head of the Stupid Class for a) revealing top secret intel to a total stranger, and b) running away from the consequences. We SEE you. Nick. Duh.
Here is O'Keefe again, before his big reveal of the unwitting Pfizer whistle-blower, with a powerful direct message to Zuckerberg at FB. O'Keefe is just plain awesome.
https://gab.com/QAnon211/posts/107051120190474444
Major Patriot at Gab with a succinct summary of the last fascinating 48 hours.
https://gab.com/MajorPatriot
So let me get this straight. Less than 24 hours after the Facebook whistle blower appears on 60 minutes, Facebook's entire suite of site services goes down hard for hours.And less than 24 hours after James O'Keefe blows the lid off Pfizer and natural immunity, Francis Collins, head of NIH, resigns.
Major Patriot and I have something in common - we both favour Gab. He only posts on Gab and nearly all my post research is done on Gab. Gab came into its own yesterday when all the big social media companies went dark. Gab has its own servers. Many Anons believe that yesterday's big internet outage was a dry run by the Alliance for the real deal - coming to a theatre near you SOON.
PERIODIC REMINDER: 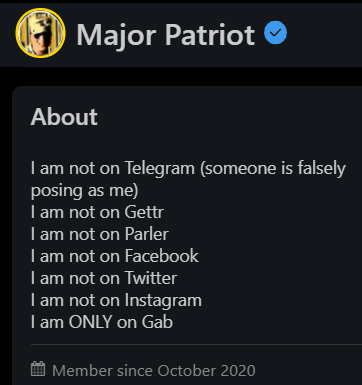 A blog reader sent this tweet from [K]illary Clinton. Remember she is actually dead and the Alliance are controlling her social media accounts.
https://tinyurl.com/5wbs7d63
Here is some interesting intel about a potential immediate timeline.
https://www.rumormillnews.com/cgi-bin/forum.cgi?read=183967
Horrific news from the Catholic Church in France - their OWN investigation has revealed that over 200,000 children have been sexually abused by French clergy. Please let this be the end of the Catholic Church forever.
https://gab.com/PepeLivesMatter17/posts/107051289912910358
NBA star Jonathon Isaac gives a sensible balanced interview about the jab. If more celebrities like him spoke out, it would fast track the narrative change.
https://gab.com/PepeLivesMatter17/posts/107049691524618117
Finally, political journalist Brian Cates reminds us of the huge significance of James O'Keefe's secret recording of the Pfizer scientist. It was a game-changer. 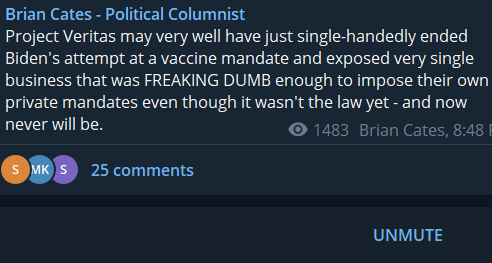 We are getting to the end of the phase of the Alliance plan where 'We can't tell the people, we have to show them.' Light Warriors, we have done enough 'show and tell'. It's time to roll out the BIG guns and start the fireworks display that will wake up the entire world in one hit. Let's DO it, Alliance!
WE'VE GOT THIS.
Thank you for reading this post. You are welcome to share it as long as you re-post it in its entirety, including the link to my blog site.
Where We Go One We Go All.
Love and Light
Sierra