October 20, 2021
Awesome news from our awesome President Trump. He is setting up a billion dollar media technology company to rival Big Tech. Goodbye [D]eep [S]tate media. BOOM.
https://thedeskofdonaldtrump.com/announcing-trump-media-technology-group/?utm_source=mailpoet&utm_medium=email&utm_campaign=the-last-newsletter-total-posts-from-our-blog_1
Wow, a Cue proof from Dan Scavino that tells us how CLOSE we are to the end of this movie. BOOM. BOOM.https://gab.com/PepeLivesMatter17/posts/107136811184047917
A reminder of the powerful link between President Trump and Cue, the 17th letter of the alphabet. Love it.
https://gab.com/PepeLivesMatter17/posts/107136628938028493
BP at Starship Earth is such a clever writer. I love her description below of the Alliance plan to save the world. Her title for today's newsletter is one we Light Warriors can relate to: 'Where's The Damn Precipice..?!'
http://www.starshipearththebigpicture.com/

...The Earth Alliance is allowing the cabal to expend their ammunition and destroy themselves while the White Hats use a couple of fingers to manage the situation and keep most of us safe until the psychopaths and their minions are utterly incapacitated and powerless---all the while allowing the outrageous events to jostle millions of people out of the hypnotic trance spun by dark wizards.

It is exciting to see the prognostications of the past decade or so come to fruition after so long. Many had almost given up hope. Some actually did, but here we are in the end game. Sudden death overtime.

Wow, Durham's task force has delivered 81 THOUSAND pages of evidence to the defense lawyer. Isn't that the number of million votes that [B]iden professed to win the election by...??

American burger company In-N-Out is not taking ANY BS from the fake [B]iden administration. Love this guy!

https://gab.com/JoanStigenRichardson/posts/107135568900046787
Tens of thousands of parents in America will be pulling their children out of school shortly, signalling the collapse of the corrupt education system. ALL the corrupt institutions must fall to make way for the New Earth.
https://gab.com/anonpatriotq/posts/107134042836231879
In a previous post I joked about the [D]eep [S]tate holding back the avalanche of truth with a toothpick. This is a similar concept. Enjoy! https://gab.com/QAnon211 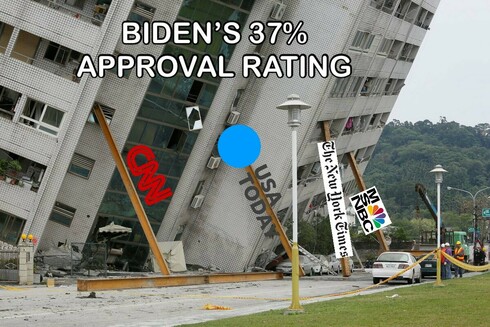 Finally, a beautiful message from Andrew Torba, Gab CEO. 'We are not alone.'
I just stopped in the gas station to grab a drink and the young woman at the counter had a beautiful cross necklace on. I told her I liked it and it's good to see her wearing it out in the open. She said "ya it's not illegal to do so, yet." I laughed and said ya good point, but that's coming. She said "Ya we are in incredible spiritual warfare right now, but I've only been here an hour and you are the 5th person to say something to me about my necklace. I feel like God is telling me I'm not alone." I said you are so right, God is on the throne and in the end He wins. As I was driving away I was overcome with the grace of the Spirit so much that it brought me to tears. We are not alone. God is raising up a new generation of believers to rebuild from the ash in this fallen world.
The [D]eep [S]tate rats and their minions are dangling over the edge of the precipice and hanging on by their finger-nails. It's all about timing. The Alliance will stroll over and stomp on their hands with hob-nail boots when they are good and ready.
I went shopping again today and saw EIGHT unmasked people. EIGHT! Last week there were none, and all the weeks before. The tide is turning, Light Warriors. People are finally waking up.
WE'VE GOT THIS.
Thank you for reading this post. You are welcome to share it as long as you re-post it in its entirety, including the link to my blog site.
Where We Go One We Go All.
Love and Light
Sierra