October 22, 2021
A little video is going viral of [B]iden appearing to admit that Trump is President. Here is the video, followed by an explanation from blog reader, Russ. Thanks Russ!
https://twitter.com/PapiTrumpo/status/1451362363148472325

It is brilliant and it is a true statement on its own.

However I watched the hour long speech and even though he did say that, (the Biden actor) the comment is out of context.
He said, “The Republicans say,……..Donald Trump is……..”
Sorry to be a spoiler, and I don’t mean to be. Just I’m a stickler for the truth.
Exciting times. A little way to go yet, and it may get a little rough before this is over.

Stay strong. This war is already won. Big events and disclosures coming that will shock. And awaken many more as to the slave system we have been under. (Russ, blog reader)

Alec Baldwin appears to have 'accidentally' shot and killed a female employee on his latest movie with a 'prop' gun. Note the word 'appeared'. We can only guess at the true story. However he is now in the public spotlight and not in a GOOD way - showing his true [D]eep [S]tate colors. Baldwin despises President Trump.

https://gab.com/DennisOfVenice/posts/107146646196088033
Brilliant catch from Relentless Truth - Alec Baldwin starred in the movie 'The Hunt For Red October'. We know how important the words 'Red October' are to the Q movement. BOOM.
https://gab.com/Lebronsonroids/posts/107146065690636660
Meanwhile, watch for the next big DS distraction - the announcement of the Queen's death. She's been dead for years of course, but they will roll out an empty coffin and retire off her body double. They are desperate to control their tanking narrative but it's TOO LATE.
President Trump posted a blistering attack on Meghan McCain. He also took the opportunity to expose the TRUTH about her traitor father, John McCain. His crimes against humanity were so heinous, he was known throughout the Truth movement as No Name.
https://gab.com/ilDonaldoTrumpo/posts/107146834820214170
Senator Rand Paul is totally vindicated about [F]auci lying over his connections to the Wuhan lab.
https://summit.news/2021/10/22/video-vindicated-rand-paul-blasts-lying-fauci-over-civilization-ending-experiments/

A reminder of the scale of corruption of the global mainstream media. They LIE.

https://gab.com/SayWhen2A
The Anti-Vaccine-Mandate movement is arguably the largest mass protest in world history... And the media is trying to pretend it's not happening.
Truth journalist Brian Cates with a great summary of the effect of President Trump's new media network.

Finally, a VERY clever meme from Relentless Truth. Wow, it cuts right to the chase, doesn't it...?? 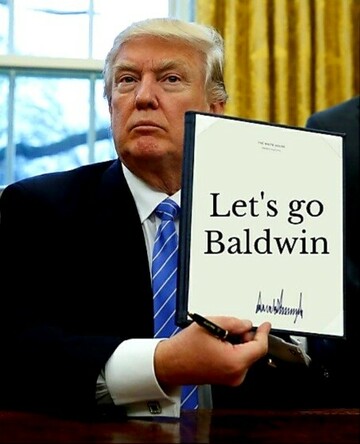 I will end with these words that I shared in an email with a group of friends...
The Alliance needs to announce global martial law, tuck everyone safely into their homes (GOOD lock down), fire up the EBS and tell the entire world the truth all at once. Bring it on...!
WE'VE GOT THIS.
Thank you for reading this post. You are welcome to share it as long as you re-post it in its entirety, including the link to my blog site.
Where We Go One We Go All.
Love and Light
Sierra