October 21, 2021
Washington State patrol officer Robert LaMay became an overnight celebrity after resigning due to the jab mandates. He says the jab mandates have 'woken a sleeping giant' worldwide. He was interviewed by Fox News. Help to make his video go viral.
https://summit.news/2021/10/21/video-cop-who-told-dem-governor-to-kiss-my-ass-says-vax-mandates-have-awoken-a-sleeping-giant/
New Zealand is ditching lockdowns for a new 'traffic light' system. Our country will be publicly divided into the jabbed and the un-jabbed, using jab 'certificates'.
The new traffic light framework will mean everyday freedoms for fully vaccinated Kiwis..."If you're not vaccinated there will be everyday things that you will miss out on..." (NZ PM)
https://www.nzherald.co.nz/nz/covid-19-delta-outbreak-pm-jacinda-ardern-reveals-nzs-new-traffic-light-system-90-per-cent-vaccination-target/2GKTYBQ7K34VGFTA33YFXJZF5M/
Simon Parkes talked about military presence in many countries. There are unconfirmed rumors of overseas military here in New Zealand, including Italian troops. If troops do suddenly appear in your area, please reassure people. Q made it very clear that 'military is the only way'.
Speaking of Q, there are new readers on this blog who might not know about the Q movement (I have decided to drop the Cue - it will be Q from now on...).
The Q movement is an underground information network that was set up to distribute information about the Alliance plan to save humanity. The Q posts are known as 'drops' and people who follow/analyze Q drops are known as Anons (short for anonymous). I have been analyzing Q drops since the first one appeared on 28th October 2017. An important anniversary is coming up next week!
Q said that the Q team comprises less than ten people - seven military and three non-military. Anons have had a great time speculating on who the team members might be. Most of us believe that President Trump, General Flynn and John Kennedy Junior (who did not die in a plane crash) are in the team.
Q is top level security and it has been made clear all along by Q: 'No outside comms.' If you come across a 'guru' who claims to be 'talking to Q', give them a wide berth. Quite simply, they are lying. And it doesn't matter if they have ten million followers - still lying.
The last Q drop was 8th December 2020. Q indicated that we now 'have it all', meaning there was no further need for drops. Many Q drop events happened on the anniversary several years after they were posted. 'Future proves the past'. Here is the link to the nearly 5000 Q drops. Fascinating reading. https://qanon.pub/
My long time hero Senator Jim Jordan talked about the Great Awakening in a congress hearing. Awesome.
https://gab.com/PepeLivesMatter17/posts/107140307807695020
This short video should cause people thinking of getting jabbed to hesitate. You can't argue with those stats.
https://gab.com/JimVibes/posts/107141054747589390
General Electric employees walked off the job in protest over the jab mandate (short video). We The People are FIGHTING BACK.
https://gab.com/KanekoaTheGreat/posts/107140976951151396
Finally, a great pic here from [B]iden's home town, Scranton. If you are not up with the play, a crowd at a motor racing event was chanting 'F*** Joe Biden!' A mainstream news reporter doing a live cross said, 'Oh listen, they are chanting 'Let's go Brandon!'. So now crowds are chanting 'Let's Go Brandon'. Tee hee. 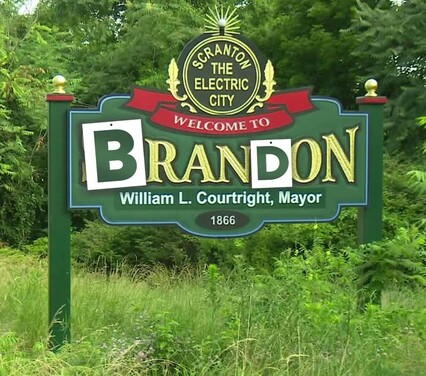 Someone I know who was sound to sleep to all the truth suddenly woke up this week. SUDDENLY. It was miraculous. It shows me how quickly the awakenings could occur from now on. We must be ready to field a flood of questions about things we have known about for a long time but are shocking new information to the person who has suddenly awoken.
Hold the line, World Patriots. WE'VE GOT THIS.
Thank you for reading this post. You are welcome to share it as long as you re-post it in its entirety, including the link to my blog site.
Where We Go One We Go All.
Love and Light
Sierra