Another weekend of protests worldwide. Q predicted the world-wide protests. Numbers are growing exponentially. Nothing can stop the Great Awakening, Light Warriors.

A huge crowd marched in yesterday's Melbourne protest rally. Where was the MSM? Their silence on the global rallies is criminal. They are complicit. They are the enemy of the people.
https://gab.com/PepeLivesMatter17/posts/107307181709297210
A big crowd of freedom fighters in Perth, Australia. Glorious sight in sunny WA.
https://gab.com/PepeLivesMatter17/posts/107310195164671858
A Light Warrior shares his reaction to marching with tens of thousands of people in Sydney yesterday.
Tears of joy welled up in my eyes as I walked the streets of Sydney with tens of thousands of fellow patriots fighting for our freedoms and the future of our country.We are a force to be reckoned with.So proud to be Australian.
The whole WORLD is now fighting back - the weekend protest in Zagreb, Croatia.
https://gab.com/QAnon211/posts/107310723792174139
And finally in our thrilling protest line-up for today, Rome's huge protest rally. Isn't it wonderful that tens of thousands of people are gathering every weekend in countries all over the world, and there is no violence - just love and a passionate call for FREEDOM.
https://gab.com/QAnon211/posts/107309886113713144
This little video from Austria gave me goosebumps. Austrian police are refusing to enforce the latest Gestapo move from their government - enforced jabs for ALL citizens. The POLICE are marching in protest. Awesome.
https://gab.com/QAnon211/posts/107311113884184806
Praying Medic has done an excellent summary of the Divine Plan - and President Trump's role. 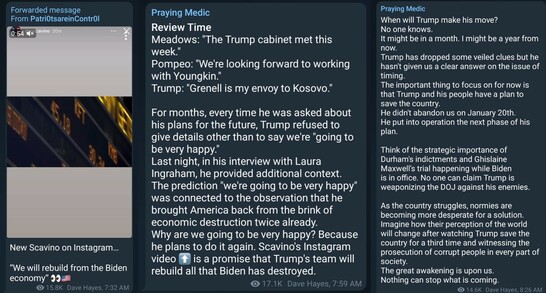 Meanwhile the [D]eep [S]tate is in total panic mode over the Ghislaine Maxwell trial. Even Rolling Stone magazine was compelled to publish the truth about their panic. Priceless.
https://gab.com/PepeLivesMatter17/posts/107306648082718794
This placard should be a conversation we have with everyone who's trying to decide about no jab/no job. 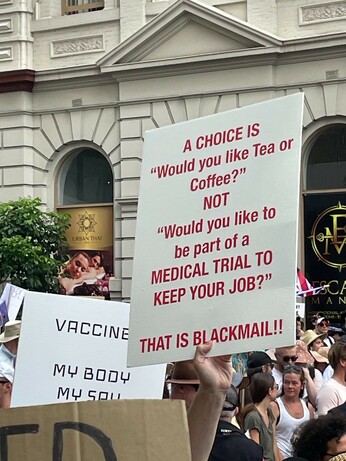 Finally, another great placard from a young woman. Look how she stares boldly straight at the camera. She is not afraid. These young people are our 5D future. 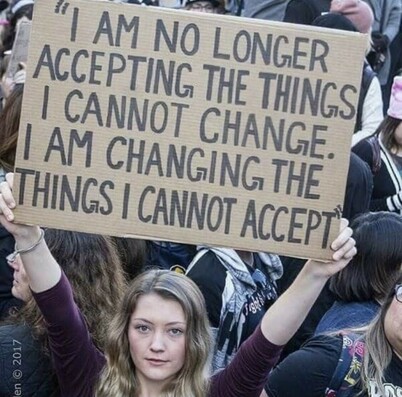 It is raining here today in New Zealand. Thousands of freedom fighters are joining Ground Swell throughout the country, driving their vehicles down main streets of towns and cities to protest against the eroding of so many of our freedoms. Kiwi Light Warriors, united. Go Ground Swell...!
WE'VE GOT THIS.
Thank you for reading this post. You are welcome to share it as long as you re-post it in its entirety, including the link to my blog site.
Where We Go One We Go All.
Love and Light
Sierra