I agree with Pepe Lives Matter about the purpose of global protest rallies - I have also been asked if protests achieve anything. https://gab.com/PepeLivesMatter17

People always ask me what protesting accomplishes.
First, it shows that we are not alone and that we are in the majority. The world is undergoing psychological warfare im unprecedented ways and the enemies of humanity want us to feel alone: This is simply not true.Secondly, it shows that awakening is happening on a massive scale. If you had told a "conspiracy theorist" 10 years ago about what is happening today they might not even believe you. All that is happening today backfires and serves to awaken the people and galvanize the majority to fight back.

A superb newsletter from Starship Earth. Please take time to read the whole newsletter, especially the chilling message about the [D]eep [S]tate plans for Canada. It is vital that we keep fighting back because that DS Canadian plan is/was intended for the entire world. The Light WILL PREVAIL.

http://www.starshipearththebigpicture.com/2021/11/27/november-27-2021-release-the-fear-live-videos/
You may have seen some of the little videos of people collapsing due to the jab. Viewing them all compiled into one video is graphic sickening evidence of the DS agenda. Please remember that people who are injured or die due to the jab chose this option as part of their soul contract to be on Earth during Ascension. We send them prayers for their sacrifice to help awaken humanity.
https://www.bitchute.com/video/ei3evjbKS1dB/

As part of the freewill law in this Universe, the DS has to advertise their evil plans to humanity. After a year of no new virus variants, what are the chances that Israel had a 'practice' (war game) for new variants - two weeks ahead of the announcement of 'new variant' Ormicon. Keeping the jab companies rich. Heinous. Oh, and Ormicon is an anagram for Moronic. Mocking humanity in plain sight.

https://www.jpost.com/health-and-wellness/coronavirus/israel-successfully-completes-covid-19-war-games-684719
Interesting direct information from Anonymous in Southern California. Military aircraft movement has suddenly ceased after heavy daily traffic for six months. Hmmm.
"For over 6 months, I have personally witnessed dozens of daily helicopter fights in & out Long Beach harbor. My conservative estimate would place the numbers between 50 to 60 flights per day, around the clock, 7 days a week!This is no exaggeration.Aircraft activities included Ospreys, large tandem rotorcraft as well as other identified military helicopters. Most, however, were unmarked.As of yesterday (Friday • 11.26), for the first time in months, all activities have ended abruptly, completely. An eerily atmosphere of silence.Perhaps something big is coming next?"
I love Major Patriot. https://gab.com/MajorPatriot
I just tested positive for the Trump Variant.
A reminder to keep your eye on the ball - Ghislaine Maxwell's trial starts on 29th November.
https://gab.com/QAnon211
WHENEVER THERE IS A BIG STORY IN THE MEDIA, LOOK FOR THE STORY THEY ARE TRYING TO DISTRACT YOU FROM...29 November, Ghislaine Maxwell's trial starts Monday.
I love this little video. A cool kid demonstrates how you grab the narrative - and keep it. Awesome.
https://gab.com/QAnon211/posts/107348402167156718

A reminder that the jabbed people's virtiol against us makes no sense. They are jabbed - 'protected'. DUH. 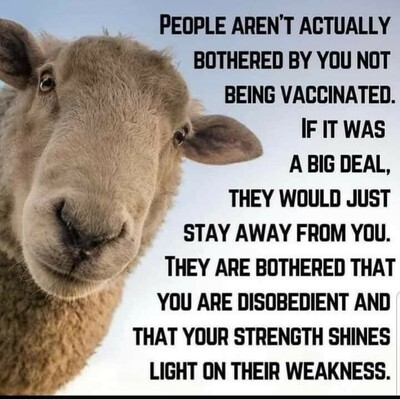 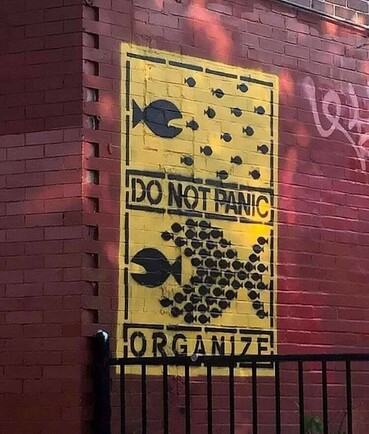 WE'VE GOT THIS.
Thank you for reading this post. You are welcome to share it as long as you re-post it in its entirety, including the link to my blog site.
Where We Go One We Go All.
Love and Light
Sierra